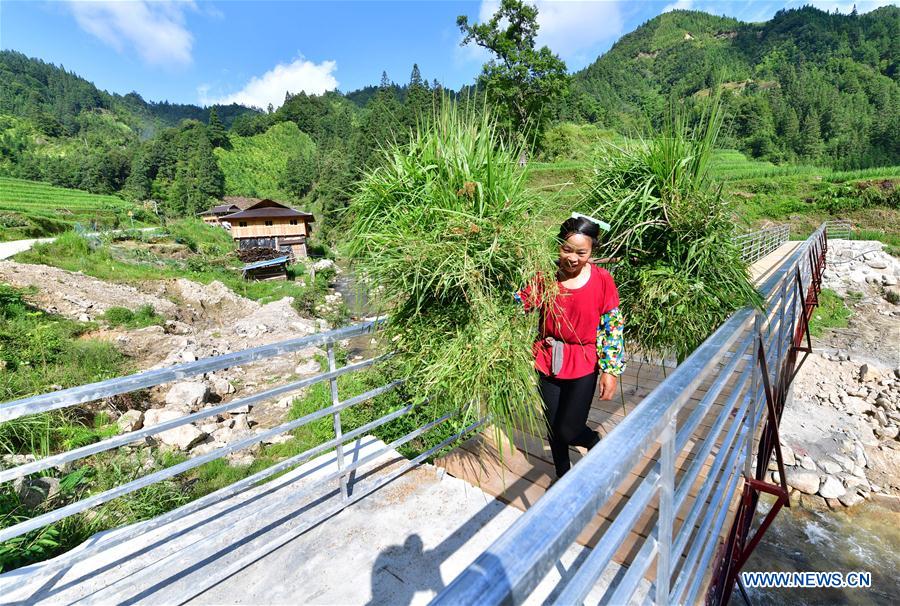 A villager walk on a bridge over a river in Wuying Miao village, on the border of South China's Guangxi Zhuang autonomous region and Southwest China's Guizhou Province, on July 28, 2020. With donations from local traffic police and some companies, a bridge has been built in the village so the villagers can conveniently get across the river.

BEIJING -- By the end of June, China had provided 14.62 billion yuan (about $2.09 billion) in price subsidies to support people in need across the country, said the Ministry of Civil Affairs on Wednesday.

In the first half of the year, a total of 3.396 million people were newly identified as people living on subsistence allowances or in extreme difficulty, and have benefited from the allowance scheme, said Jia Weizhou with the ministry at a press conference.

From March to June, the allowance standards were raised, and orphans and unattended children were included in the allowance scheme for the first time, said Jia.