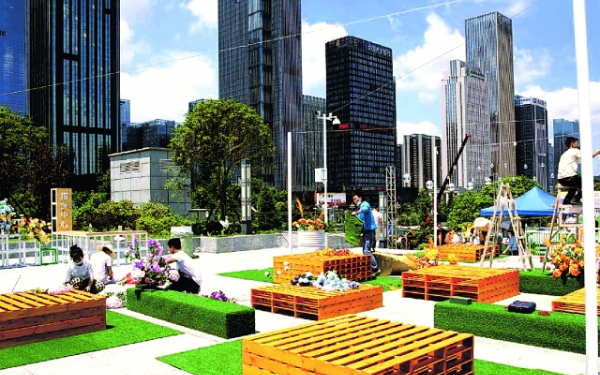 BEIJING -- The Chinese economy is showing signs of a relatively strong and sustained recovery and would see growth in the second and following quarters, according to a think tank report.

The China Macroeconomy Forum (CMF) said in the report that it expects the economy to grow by 2.5 percent, 6.5 percent and 7.5 percent year on year in the second, third and fourth quarters of 2020, respectively.

Upon completing the initial stage of economic recovery by promoting production resumption and restoring the supply side of the economy, China is entering the next stage of seeking demand expansion and lubricating the circular flows of the economy, said the CMF report.

As one of the first economies to contain the epidemic and restart the economy, China's recovery and re-consolidation of economic foundations has a guiding significance for the world economy, it said.

For the year 2020, China's annual GDP growth is likely to reach around 3 percent, the CMF said, citing support from government policies and the new round of reform.

However, the report warned that instead of supply chain disruption, insufficient demand has become the greatest obstacle hampering China's economic recovery. It urged efforts to fully expand domestic demand and restore the regular market cycle.

The CMF also noted other risks and challenges such as uncertainties in the development of the pandemic, the complicated external environment, obstruction in policy transmission and a slowdown in potential growth.

Liu Xiaoguang, a researcher with Renmin University of China, one of the sponsors of the forum, suggested that rather than short-term quantitative goals, China's economic policies should focus on mid- and long-term structural changes to facilitate future economic prospects.